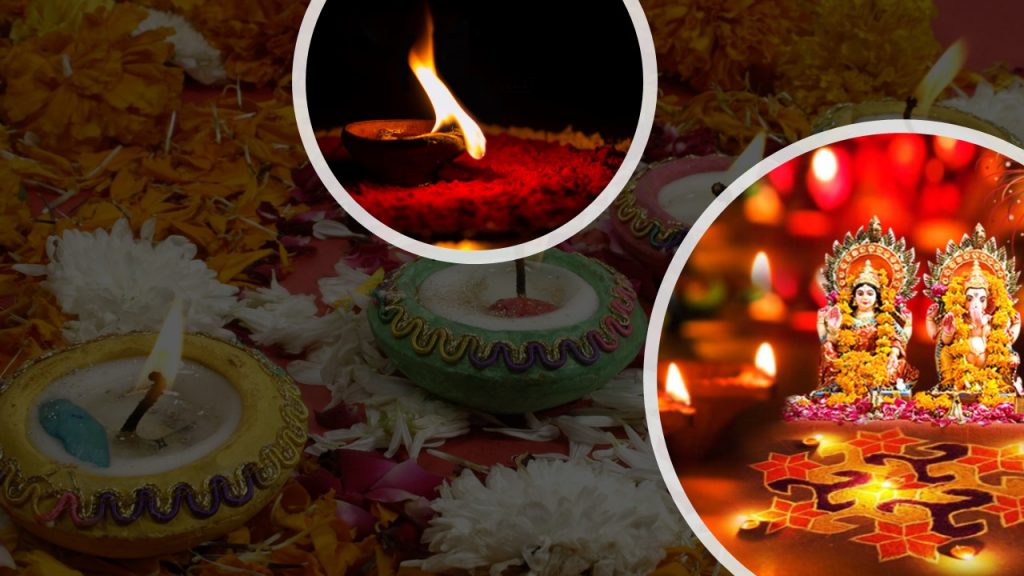 ‘Diwali’ or in other words ‘Deepavali’ is referred to as the Festival of Lights which is celebrated all over India. The festival falls each year during the month of October and Hindu month of Kartika Masam. It is a series of lighted lamps which is observed with optimum fun, joy and gaiety. During this auspicious occasion, people light up the entire property with ‘Diyas’ (oil lamp). They offer prayers to Lord Ganesha and Goddess Maha Laxmi to promote welfare, prosperity, wisdom and wealth.

Deepavali is considered to be one of the popular festivals of the Hindu community. It is declared as an official holiday in countries like India, Sri Lanka, Nepal, Guyana, Trinidad and Tobago, Mauritius and Malaysia. People begin to send Diwali gifts to India to express their affection and love towards their fellow beings.

Diwali is commemorated to indicate the return of Lord Rama after fourteen years of exile. The auspicious event represents the triumph of light over darkness. According to the Gregorian calendar, the festival falls during the month of mid-October and mid-November. Prior to the commencement of the main event, people begin to clean, renovate and decorate the property, workplaces. On the final day, the celebrants are spotted wearing the finest costumes and offering prayers to Lord Ganesha and Goddess Maha Laxmi. The celebration extends for a period of about four days.

Diwali traces its roots back to the ancient times. It was considered to be a harvest festival during those periods. In West Bengal, the auspicious event is dedicated to Mother Kali who is regarded as the Goddess of strength. The first day symbolizes the victory of Lord Krishna in vanquishing the demon Naraka. The second day (Amavasya) represents offering prayers to Goddess Maha Lakshmi. It narrates the story of Lord Maha Vishnu who defeated the cruel and oppressive ruler of Bali and sends him to hell. However, Bali is permitted to visit the planet Earth once in a year to disseminate love and wisdom.

The third day which is Kartika Shudda Padyami signifies that Bali comes out from the hell and rule the planet Earth. The final and fourth day is Yama Dvitiya where the sisters request their brothers to visit the homes. The age-old tradition of gambling during this festival has a hidden legend. There is a common belief amongst the people that Goddess Parvati involved in playing dice with her partner. She proclaimed that whoever gambled during this major event would attain wealth, prosperity and wisdom throughout the year.

Importance of Lights and Crackers

Both interiors and exteriors are illuminated with lights and firecrackers. The sound of crackers indicates joy, the enthusiasm of the people living on the planet Earth. The fumes exuded from the firecrackers are believed to exterminate insects such as mosquitoes.
Diwali is a major event where changes are made for the forthcoming year.