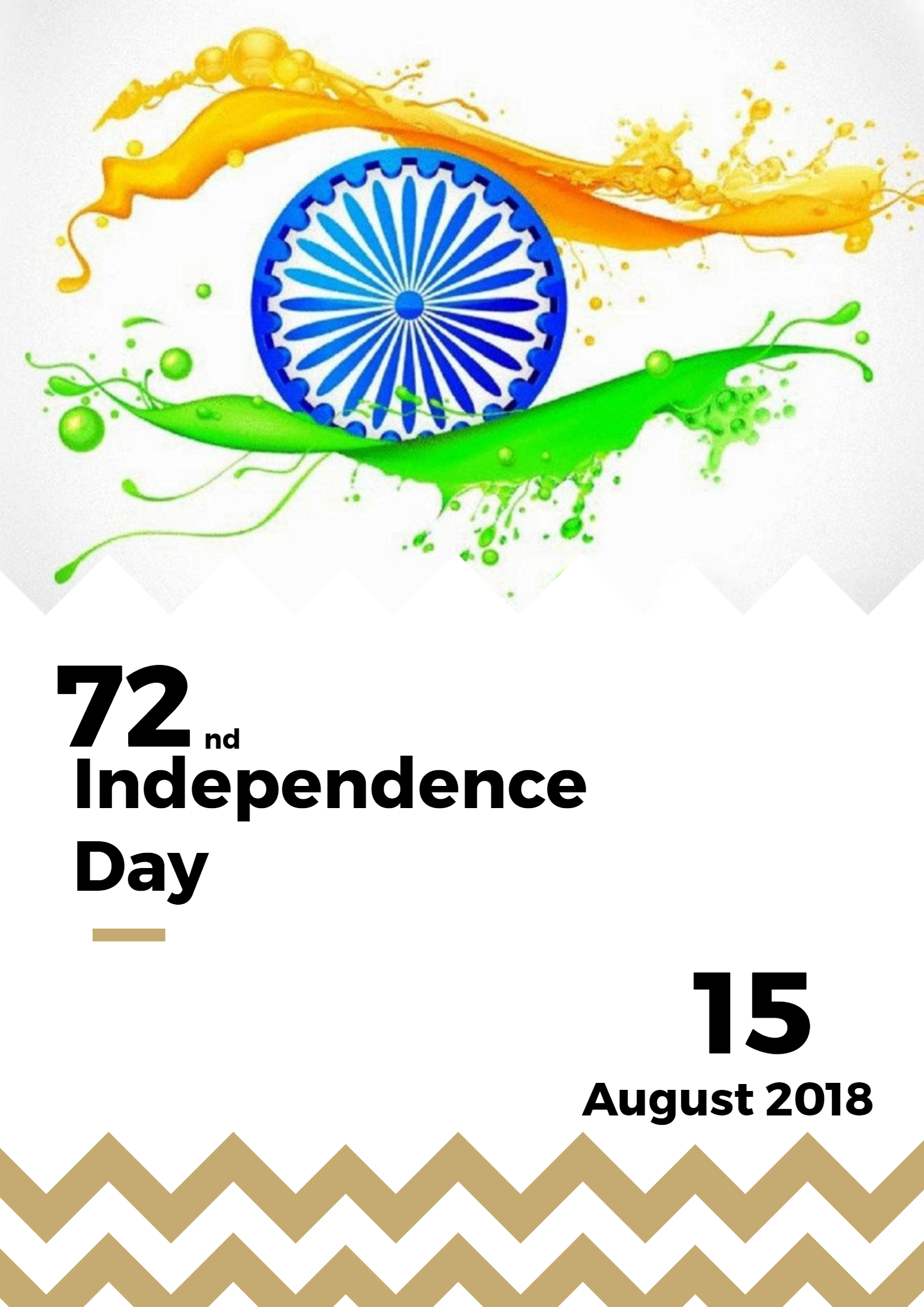 India, the world’s largest democracy is a country which hosts diverse languages, cultures and religions. Freedom was not earned in a day. It came with immense sacrifices. Indians, in spite of their vast differences, came together to fight for independence and achieved their goal to free India from the clutches of the British on August 15, 1947.

Since then, every year, the entire country celebrates this special day as ‘Independence Day’ with much enthusiasm; upholding their patriotic spirit. On 15th August 2018, India will be celebrating its 72nd Independence Day. It is a day to pay tribute to the freedom fighters who laid their lives and tolerated torture and hardship to earn independence for the country. It is also a day to pay tribute to our Mother Land, where peace, love, devotion, unity still reigns high in spite of dissimilarities and diversities in culture, food, languages, and religious beliefs of the people.

The Celebration of Independence Day

People in various corners of the country celebrate this day in different ways. Since it is a national holiday, the joy of being at home cannot be denied. However, even a break from the daily routine does not keep the Indians away from paying respect to the National Flag. Schools, government offices, and even local youth clubs arrange for flag hoisting ceremonies which are attended by most of the Indians with a lot of pride. Many enjoy sharing Independence Day gifts themed in the three colours that represent strength and courage, peace and truth and fertility, development and auspiciousness of the land.
Since independence, India has come a long way in matters of education, technology, industrialization, curbing superstition, women empowerment, and there has been a sea change in people’s lifestyles. Over the generations, people have witnessed economic growth, international trade, and Indian culture flourish and being accepted and appreciated worldwide. People in this country sleep peacefully, have the courage to express their opinion and bring about revolutionary changes, thanks to the freedom fighters and soldiers who paid a price to earn freedom for the country.
Families and friends meet up, have meals together, go out and have fun and enjoy the day thoroughly. Even the television, which is now a very important part of every family offers, focused entertainment for the viewers by telecasting patriotic movies, songs, debates, and discussions and other programs.
It is one day when the feeling of unity is at its peak. Many people fly kites to celebrate this joyful occasion and why not? Kite flying has become a tradition on Independence Day and it has an interesting story linked to it. Protestors voicing their resentment against Simon Commission during the freedom struggle flew kites with the slogan ‘Go back Simon’ following that kite flying on this special day has become a symbol of independence from the British rule.
No matter how people celebrate Independence Day, the feeling of pride, affection, and admiration for India will always glow inside the heart of every Indian.