Just like each month has got a birthstone, it has the flower linked with it! Like birthstones, every birth flower has with its unique significance. It appears natural when we honored last summer month with 2 incredibly lively flowers —gladiolus and poppy. Add a unique touch this August to your friend’s birthday flowers and special flower arrangement just by incorporating these flowers in their gift. The August birth flower is Gladiolus. As the highly colorful summer flowers, gladiolus is quite unique as it is grown from the tall spike with sharp leaves.

Gladioli are an amazingly popular outdoor plant. It stands at a notable 4 feet tall, and gladioli were placed in the back of the flower beds that will add texture and height. While these flowers might have lived their life in the background, they are anything but just ordinary. These flowers bloom ranges in thickness, color, and height, and making them amazingly diverse.

The gladiolus is a native to the tropical Africa and regions across the Middle East and the Mediterranean. It’s believed that the gladiolus plants were brought first to Europe in an early 18th century. In the 1820s, the gardeners started to cultivate gladiolus and make hybrid varieties that got popular in the gardens and cut flowers. In 1837, new brown, purple and green shades of the gladiolus flowers got developed in Belgium. Around 1870, French introduced the newly found species with the deep purple streaks. Around 1880s, German and European plant breeders developed more than 2000 named gladiolus varieties that appeared in US nurseries in 1891 and got wildly famous. 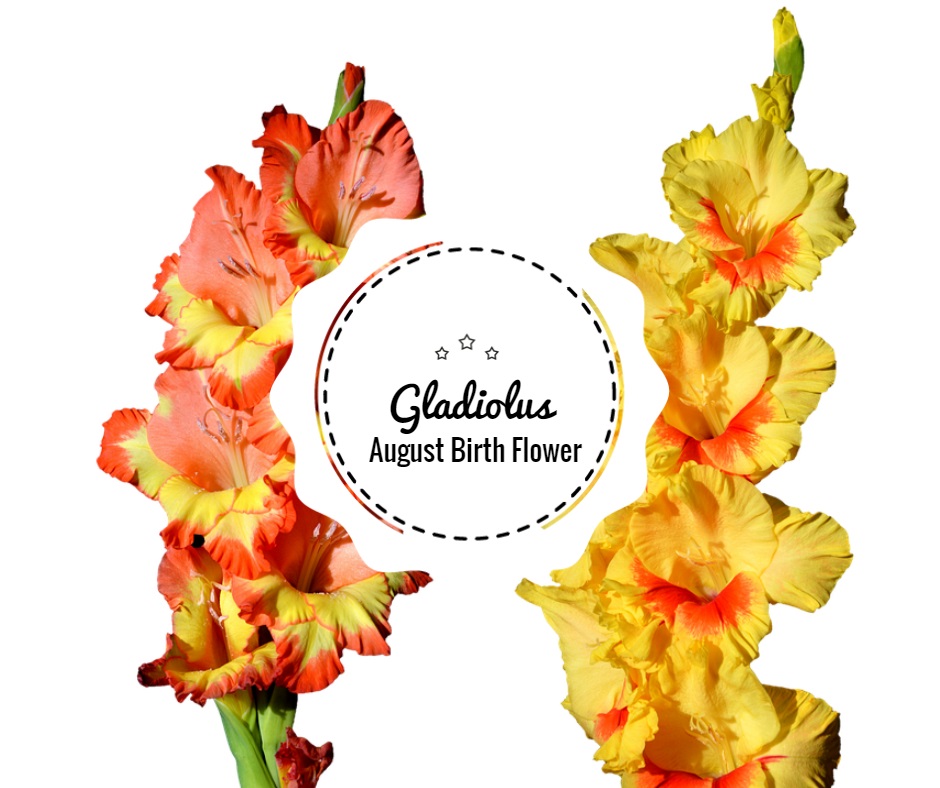 Gladioli are well known to symbolize character strength, integrity, faithfulness, persistence, and infatuation. Beyond these, August birth flower carries many other meanings that vary from its color.

Besides their reign as August birth flower gladiolus also is an official flower of 40year anniversaries. Thus, if you are in your 40th and your partner is born in the same month, you’ve double reason of celebrating with the wonderful gladiolas flowers.

Due to its thin and long shape, gladiolus fast became known as “sword lily.” The gladiolus fast got the reputation of being a strong and bold flower. Besides resilience and honor, gladiolus flowers symbolize: